“Earth Workers Unite” is the motto that marked my first fruitful collaboration with Zheng Bo on the occasion of the second Yinchuan Biennale. It is nothing more than a variation on the  renowned slogan "Workers of the World, Unite!" taken from the Communist Party Manifesto of 1948. Although an apparently small change, nonetheless, it is an important addition. Equally important is the fact that the motto is not written on paper, is not inside a book, but is rather planted in the ground, thanks to 400 poplar trees, along a path that crosses the Hui Nong Qu Park of the Yinchuan MOCA.

With Zheng Bo we are dealing with forms of botanical propaganda, with weed parties, political gardens, survival manuals, in which he tries to expand notions such as “equality”, “labour” or “socialism” beyond the human sphere. So basically, the proposal is that of an interspecies political relationship!

Weed Party III was conceived by Zheng Bo for the PAV in Turin as its third reincarnation after the weed and land garden created for the interior spaces of the Shanghai Leo Xu Projects of 2015 and the 2016 work on ferns for TheCube Project Space in Taipei. In these series of exhibition chapters, Zheng Bo investigates the relationship (very much more than a metaphor) between the incontrollable nature of spontaneous, political movements and the infesting and ineradicable power of so-called parasitic plants. Their capacity for spreading and continually reproducing, their ability to resist at length and in unfavourable circumstances, the fact of their representing a threat to cultivated fields, are all attributes that denote the forms of life of both activist insurgencies and plant species with respect to the ecosystem in which we live. When we realized Weed Party III, Bo had a series of spontaneous potted plants brought into the PAV, gathered in different places in Piedmont, including in the streets, transforming the exhibition space into a greenhouse. As a consequence, intervening in a plant shop overlooking the Neapolitan Via Tarsia, between the districts of Avvocata and Montecalvario, was a simple and appropriate operation. Furthermore, because Naples is undoubtedly the only city left in Italy that preserves a high degree of spontaneous context, of social biodiversity, out of the monolingual and monocultural coercive domestications of contemporaneity.

Who knows what the effect of the first video that gave rise to Zheng Bo's Pteridophilia series? When they discover, hidden among the plants, the coupling or a different encounter between the naked bodies of six young men and the ferns of a tropical forest in Taiwan.

“In 2016 - Zheng Bo states - a botanist took me to a forest on the edge of Taipei, where scientists like him study ferns. Since then I have been going there every year to make one ecosexual film. I look forward to this annual ritual because the air in the forest is so invigorating. We usually go up the hill in the early morning, half awake. Once in the forest, bathing in the sea of oxygen and phytoncides, our bodies and minds reach a heightened level of agility and attentiveness. Plants reveal to us the full potential of a three-dimensional space. Massive bird’s-nest ferns perch on trees. Tiny mosses blanket the rocks. The light is dramatic, the sound rich, and the aroma intense. The assemblage has a distinct style, yet is constantly changing. This forest is better than any artwork I could ever make, and better than any exhibition I have ever seen.

This series of ecosexual films, Pteridophilia, portrays intimate encounters between local ferns and local men. I do not know how I came up with this idea. I remember it was difficult to explain to others, until the first episode was produced. Then, last year, I stumbled on a YouTube video filmed in New South Wales, Australia, by ecologist Colin Bower, showing a wasp—Lissopimpla excelsa, the orchid dupe wasp—passionately humping a tongue orchid. “Wow! This is just like my film!” I thought. Or, more accurately, my film is just like this earthly wonder, termed “pseudocopulation” by scientists. In both instances, an animal and a plant are entangled in an interspecies sexual performance. The most “imaginative” idea in my whole artist career was proven to be nothing original. I was simply following orchids and wasps. We stand not on the shoulders of giants, but in billions of years of evolution”.

What the English term 'devolution' defines fits perfectly with the mutual pedagogy, with the polyphonic and reciprocal collaboration that Bo's work puts into effect. Reversing hierarchies between experts and non-experts, between different species, means producing new vocabularies, radical imaginaries and new values. In Pterodophilia there is a lot of ecology, no pornography - according to the never outdated teachings of the Ten Thousand beings of the Tao. 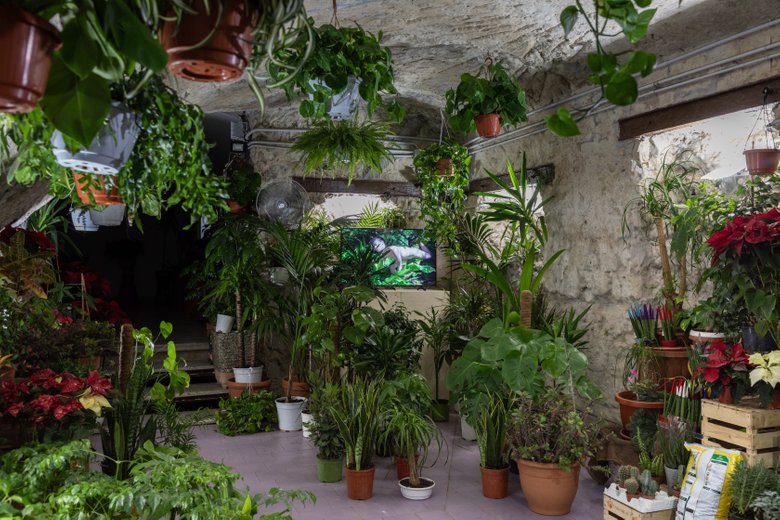 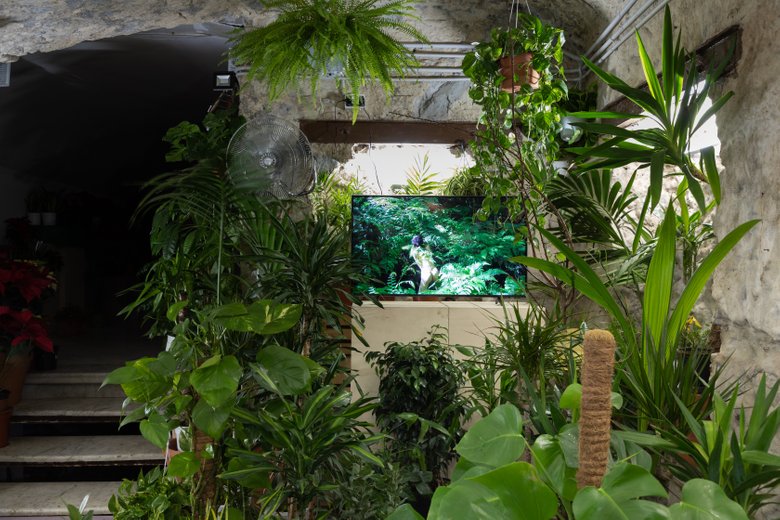 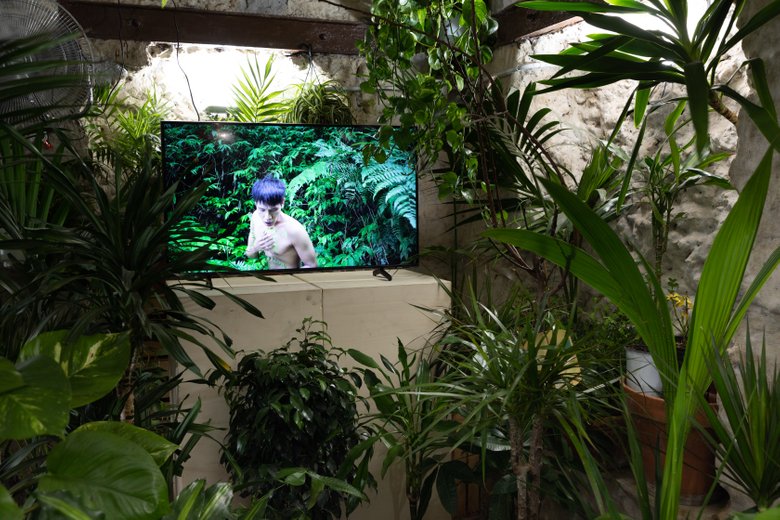 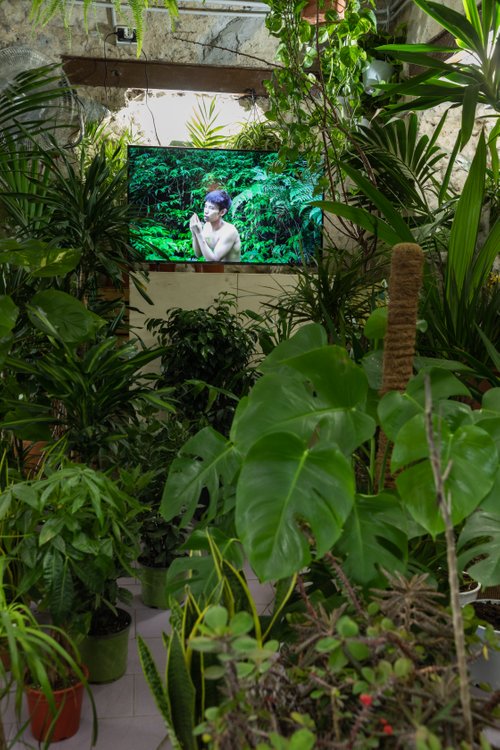 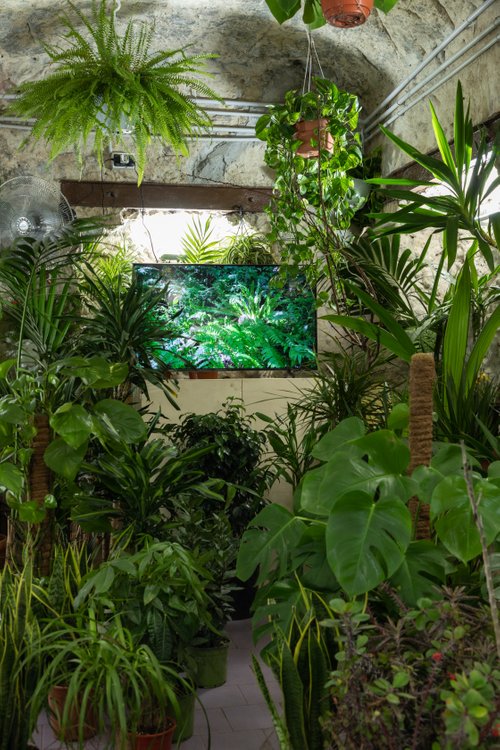 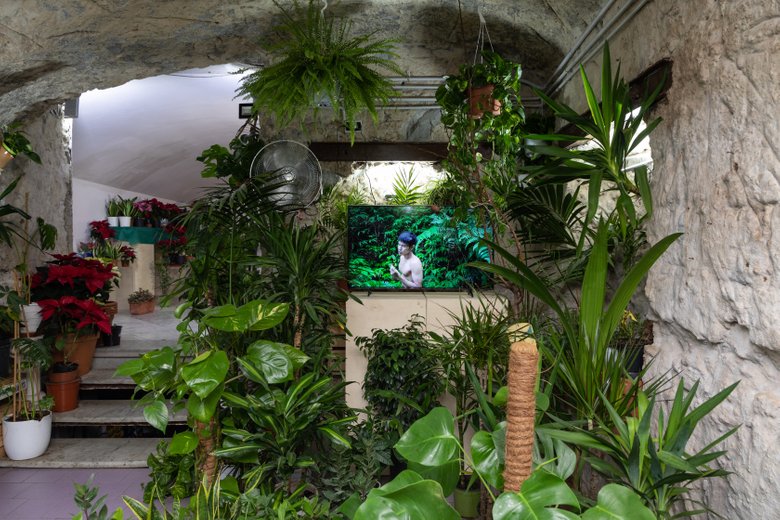 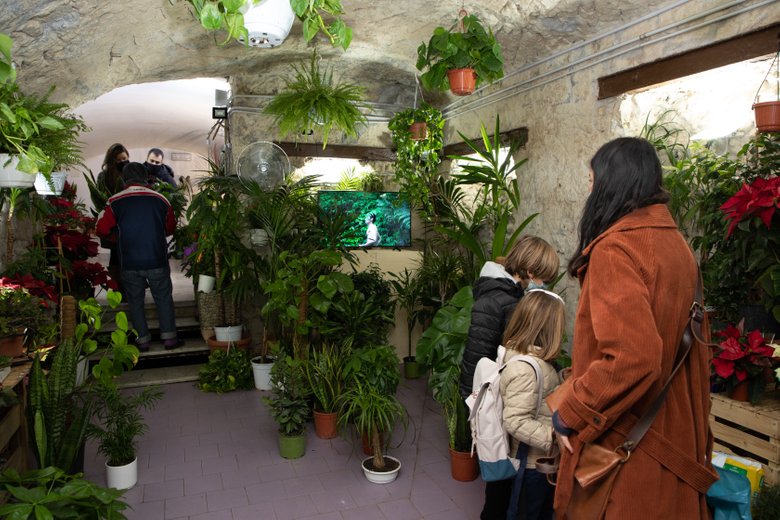 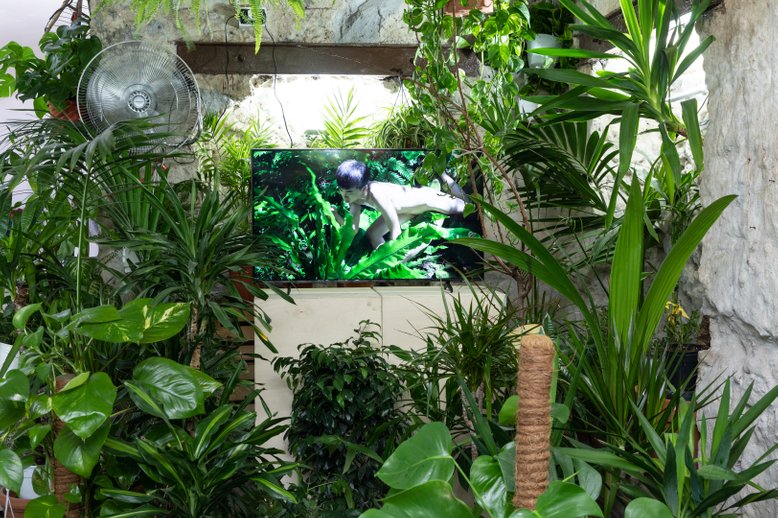